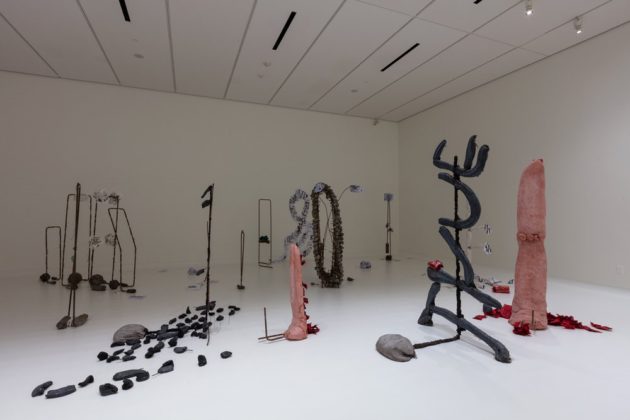 The sculptures of Michael Dean, a guest tutor at De Ateliers before, can be understood as physical translations of speech. He creates moulds and casts of words, abstracting and distorting them into an alphabet of human-scale shapes. For his large and complex installations, he uses a variety of materials, from plaster and clay to coins and plastic bags, carefully directing the way our bodies move through the space of the installation. Major installations of Michael Dean were recently shown at Skulptur Projekte 2017 (Münster), Portikus (Frankfurt, 2017), South London Gallery (London, 2016), Fondazione Giuliani (Rome, 2016), Nasher Sculpture Center (Dallas, 2016), Tate Britain (London, 2015) and De Appel (Amsterdam, 2015). The artist is represented by Herald St (London).