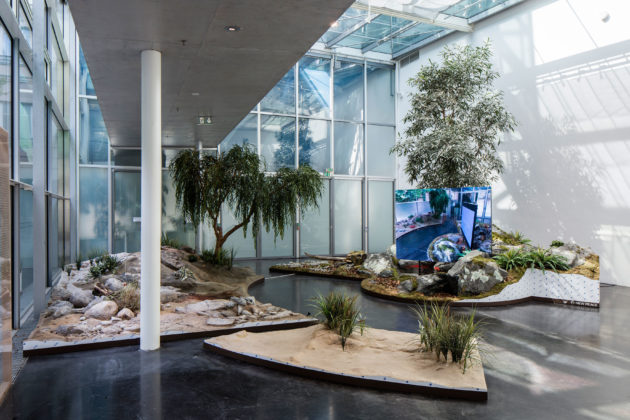 Timur Si-Qin is an artist of German and Mongolian-Chinese descent who grew up in Germany, China and the USA. His sculptural installations focus on the synthetic materiality of globalized and networked society, often blending the virtual with the actual. Si-Qin had solo shows at Team Gallery (Los Angeles, 2016), Magician Space (Beijing, 2015), Carl Kostyal (London, 2014), Bonner Kunstverein (2013) and Fluxia (Milan, 2011). His work was included in the Berlin Biennial (2016), Art Basel Statements (2016) and Taipei Biennial (2014). The artist is represented by Société (Berlin).