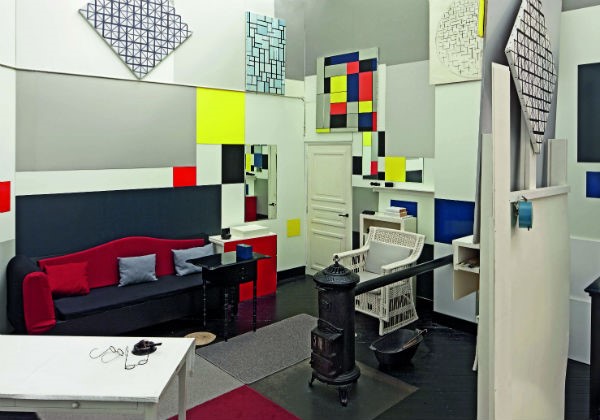 Already during the 1920s, Piet Mondrian’s Paris studio took on mythical proportions as a visionary structure that developed out of his pioneering neo-plastic paintings. Surprisingly, commentators have never attempted to define the precise relationships that exist between these paintings and the studio walls with their dynamically placed colored pasteboards. In this lecture, Marek Wieczorek, Associate Professor of Modern and Contemporary Art History at the University of Washington in Seattle, will try to spell out these relationships, show how and why Mondrian considered the neo-plastic environment his calling, and offer suggestions as to why the work is still calling out to newer generations of artists, designers, and architects interested in integrated environments. Wieczorek, previoulsy guest tutor at De Ateliers, contributed to exhibitions in Europe and the US, including the retrospective of Georges Vantongerloo (Duisburg/The Hague), De Stijl (Centre Georges Pompidou, Paris) and Mondrian’s studios (Tate Liverpool).