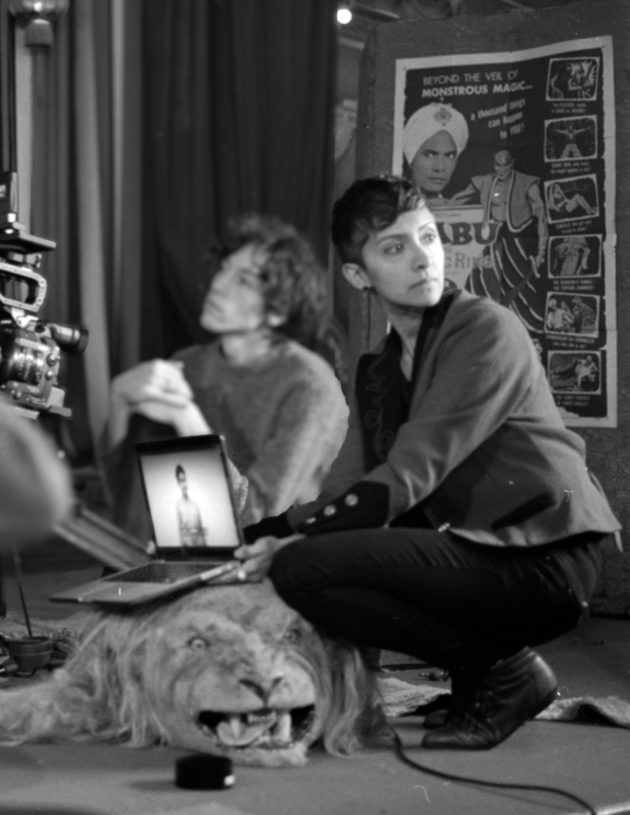 Michelle Williams Gamaker is an artist working in moving image and performance, often in dialogue with film history. Through an interrogation of cinema and its artifice, she recasts characters as fictional activists, proposing critical alternatives to colonial and imperialist storytelling in early 20th-century British and Hollywood studio films. Her work has featured in BFI FLARE LGBTQ+ Film Festival (2017) and BFI’s LFF Experimenta programme (2018, 2021) and is in the Arts Council Collection. Her trilogy Dissolution recently screened for MattFlix and I Multiply Each Day, at Gus Fisher Gallery, Auckland, and her work will also feature in The London Open 2022 at Whitechapel Gallery this summer.

Williams Gamaker is joint-winner of Film London’s Jarman Award 2020, and is recipient of the Stuart Croft Moving Image Award 2020 for The Bang Straws (2021), which won the Best Experimental Film at Aesthetica Short Film Festival. She is also a recipient of the FLAMIN production Award to support her new film Thieves, and between 2022-25 she will be supported by the British Academy’s Wolfson Fellowship to research Narrative Reparations: On Fictional Activism, Fictional Revenge and Fictional Healing.